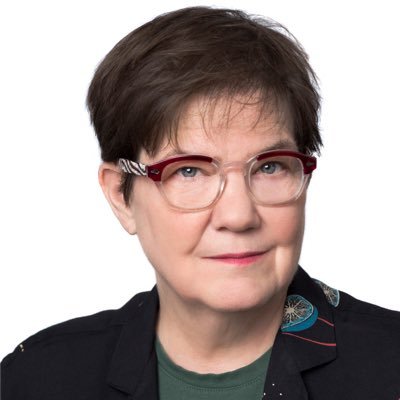 Ellen Klages was born in Ohio, but has lived in San Francisco for more than forty years. Her first novel, The Green Glass Sea (2006), won the Scott O’Dell Award for Historical Fiction, the Lopez Award for Children’s Literature, and the New Mexico State Book Award for Young Adult Literature. It was a finalist for the Northern California Book Award, the Quills Award, and the Locus Award. A sequel, White Sands, Red Menace (2008), won the California and New Mexico Book awards in the Young Adult category.

Her novelette, “Basement Magic,” won the Nebula Award in 2005, and her novella, “Wakulla Springs,” (co-authored with Andy Duncan) was a finalist for the Hugo and Nebula awards and won the World Fantasy Award in 2014. Many of her other stories have been on the final ballots for numerous awards, and have been translated into Chinese, Czech, French, German, Hungarian, Japanese, Polish, and Swedish. The first  collection of her short fiction, Portable Childhoods (2007), was a finalist for the World Fantasy Award.

In addition to her writing, she is a graduate of the Second City Conservatory, the Clarion South Workshop, and served for twenty years on the Motherboard of the James Tiptree, Jr. Literary Award. She lives in a small house full of strange and wondrous things: lead civilians, odd toys, postcards, and other bits of whimsy that strike her fancy.