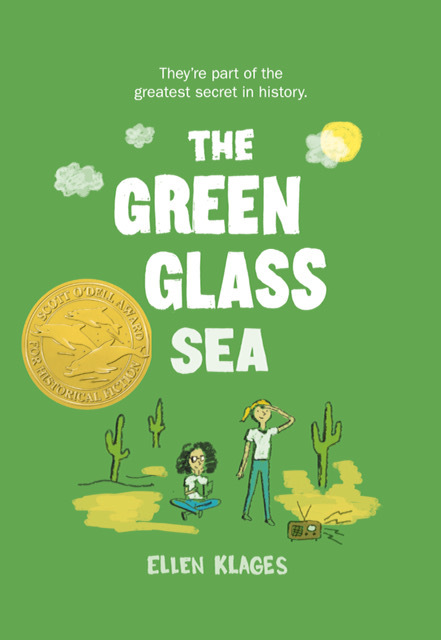 Also In This Series

It’s 1943, and eleven-year-old Dewey Kerrigan is en route to New Mexico to live with her mathematician father. Soon she arrives at a town that, officially, doesn’t exist. It is called Los Alamos, and it is abuzz with activity, as scientists and mathematicians from all over America and Europe work on the biggest secret of all–“the gadget.” None of them–not J. Robert Oppenheimer, the director of the Manhattan Project; not the mathematicians and scientists; and least of all, Dewey–know how much “the gadget” is about to change their lives.

Klages makes an impressive debut with an ambitious, meticulously researched novel set during WWII. Writing from the points of view of two displaced children, she successfully recreates life at Los Alamos Camp, where scientists and mathematicians converge with their families to construct and test the first nuclear bomb.

Klages evokes both the big-sky landscape of the Southwest and a community where “everything is secret” with inviting ease and the right details, focusing particularly on the society of the children who live there. The story, an intense but accessible page-turner, firmly belongs to the girls and their families; history and story are drawn together with confidence.

Just a great book all around, I declare. Strong female characters that are interested in science. A nuanced view of a difficult time (to say nothing of the brilliantly chilling finish Klages tacks on at the end). Writing that smacks of talent and a plot that’ll keep the reader guessing. One of the strongest books of the year, no question, and an enjoyable read to boot.